1. There is such a thing as knowing too much. An eventful past to reconcile with. And we haven't even got to my own.

2. I hate this template. But I hate the alternatives more. I also mean the blog.

4. I own 7 articles of maternity wear. My biological clock is set on snooze, apparently. This is costing me more than a baby. Dammit with the bloody hormones.

6. I am incapable of writing academic papers. I am even less capable of writing chicklit. I have tried my hand at both. Not an hour ago. The paper begins with the myth of Echo and Narcissus. The chicklit began with the legend,"She blew a smoke-ring into the night air and declared, 'I hate tampons and men.'" I have wisely abandoned both. Paper and chicklit, not tampons and men.

7. This means I will never be rich or educated. Looking for one number millionaire male. Single, fat fetish preferred.

7. I have been winking at tiny human things. The response veers from great amusement to heartbreaking indifference.

8. Twice I dreamt of a room without a floor.

10. I hate not being able to tell it like I feel it. I think I will do the fashionable blogshift.

11. Long-distance relationships:
pro -- No waxing! Ever!
con -- Right when you begin checking out that sexy geek, he will call and proceed to guilt the shit out of you. Besides, sexy geek can't tell if you're a man or a woman, what with all that virile undergrowth.

13. I'd written virulent outgrowth back there. I have GRE in a month.

14. Shit, I have a deadline and I can neither work nor sleep.

15. I watch Stacked to take fashion tips from the fat woman behind the counter. I don't know what the hell is going on in that show, and I don't see why Pammy's boobies should be considered ample substitutes for wit and humour. But that is none of my concern, because doods, I'm rooting for the fat chick. [I am not being condescending here, I just don't know her name or that of the character she plays. Or any of those characters. It's a very forgettable show.]

Okay, googled and hyperlinked. Nobody's gonna call me a weightist. Her name's Katrina on the show. Her real name's Marissa Jaret Winokur, and she won a Tony! I liker.

This woman survived cervical cancer, had to get a hysterectomy done and didn't tell nobody about it! PLUS she won a TONY! And she was on one of them celebrity dance shows! Where she swung like a mad momma! She's big and pretty. I liker loads. 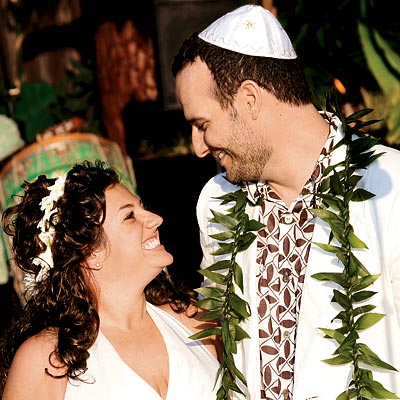 paagol ki ar gaachhe fall-e?? Mairi. You have started writing chicklit? WHAT HOLY TIME WEIRDNESS!! Soon you shall be busy writing stuff with tumescent and flaccid and lave in it.

as far as i remember tampons and maternity wear cant be required at the same time. do write sense woman.

You'll do fine with both academic writing and chicklit.

How exactly did you come upon 7 articles of maternity wear? I once went into a packed to the gills discount store and discovered that I'd come out with a maternity skirt. Even with my ample fat laden tummy, the skirt doesn't fit.

requesting not to do fashionable blogshift without informing. pliss to oblige. signing out.

requesting not to do fashionable blogshift without informing. pliss to oblige. signing out.

welcome back to the land of the living. imissyew, esp. since both of us SUCK at long distance marriages, apparently. add me on Skype, fucker, ie if you have any time left over from your non-millionaire non-needing-to-be-waxed-for geek person. which i'm prettty sure you won't. ohwell, still. my Skype name is 'saichukan' and i have video too.

panu,
Uhm. I was trying to write chicklit, not the cure for impotence.

tygr,
One was fact, the other fiction.

thalassa_mikra,
You are too kind. :-]
It's got something to do with inexplicable hormonal reactions at the sight of rosy infants. I'm buying maternity clothes without even realizing it. Till I've worn them, and am asked why I'm wearing pregnant-women clothes. It is beyond freaky. Also, I've been gaining weight consistently, so that's also affecting my fashion choices, clearly.
You don't Know that was a maternity skirt. Don't be so harsh on yourself. I've seen your photos, you're all kinds of sexy!

chu,
You party-hopping whiteman-wooing little slut of a non-wife. I added you on Skpe at least a month ago. YOU, I repeat, you haven't as yet accepted my request. At any rate, there's a big question mark beside your name on my skype account. Even a stupid application wants to know whither our marriage went.

Kaki you would not believe but I used to watch Stacked for the same reason...because I thought Katrina has fatafati dressing sense!!

--Its me Chandreyee btw